A decision was reached during the trustee meeting of January 17, 1927, to amend the Players contract, which allowed for six final weeks of performance. The plans called for no rentals until after April 1st, and in the fall the Academy would begin showing moving pictures and book outside attractions.

The Players, now called the Commonwealth Repertory Company, continued staging performances until February 27, 1927.  The company’s manager, Reginald Napier and Miss Velma Royton provided a favorable financial report to the trustees who once again considered another season of plays in the fall. No decision was reached.

The board also voted “that Mr. J. A. Boudway should take the place of his father in charge of the Academy in booking outside attractions and pictures, at the same salary paid to his father. Salary 40. per week”

Within two months, Mr. J. A. Boudway failed to meet expenses with the showing of moving pictures and was appointed janitor. Reginald Napier and a Mr. A. H. Furrows both applied to the board for consideration as manager of the theater. Neither was considered.

The board was not able to reach an agreement with the Commonwealth Repertory Company for a new season in the fall and moving pictures proved financially risky, so during the summer of 1927, the board limited programming to special attractions.

Over the summer, the board went into discussions with Mr. C. W. Rackliffe of Holyoke who owned the Majestic and Suffolk Theatres. A committee was formed to investigate the financial standing of Mr. Rackliffe and enter into a lessee agreement.

Mildred Walker, the first woman manager of the Academy in 1941, introduced today’s governance – a board of directors who hires a manager for overall theater operations.

Help us raise funds  for our world premiere screwball comedy, Nobody’s Girl, inspired by real events at the theater in the 1940s! Learn more. 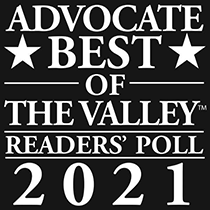